Despite the pandemic, VEMU had a very active program for the autumn. Lectures, workshops and celebrations were organized virtually, using different online platforms: YouTube, Zoom and Facebook.

Some of the VEMU lectures were dedicated to the pandemic. In October, Piret Voolaid, Senior Researcher at the Department of Folklore in the Estonian Literary Museum, gave a lecture about the role of folklore in the straining COVID-19 crisis. The folklorists at the Estonian Literary Museum already started collecting COVID-19 folklore as digital heritage in January 2020, when the virus devastated the city of Wuhan in China. In her lecture, Voolaid showed samples of anecdotes and memes as examples of crisis folklore, which expresses different emotions like the fear of the unknown mainly in a humoristic way. In November, Professor Emeritus of Medicine, Peeter Põldre, gave a lecture on the past, present and future of COVID-19. The lecture offered a great opportunity to ask questions from an eminent medical doctor.

The third lecture in the autumn season was organized for the 101st anniversary celebration of Tartu University as an Estonian language university. Tartu University Visiting Estonian Diaspora Professor David Ilmar Lepasaar Beecher gave a lecture on the topic “Home and Exile: The Place of Tartu in Me and in the World,” followed by a discussion and celebration. 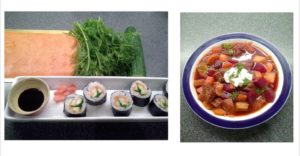 Besides lectures, there were also other events. “Cooking with Käbi,” a cooking workshop, taught participants how to make heathy and delicious dishes: salad, beetroot soup and Estonian style sushi. Together with Kotkajärve Forest University, VEMU organized the Canadian premiere of a new Estonian documentary film “Fred Jüssi: The Beauty of Being.” It portrays an Estonian nature philosopher who has given deep consideration to the fundamental questions of being human. The film is a hymn for living slowly, a philosophy which can also be seen as very topical during COVID-19. 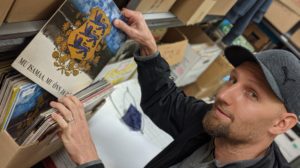