This year, two capital books about Lithuanian-American contribution to Lithuania’s statehood and independence were published in Lithuania.

The second book, Lithuanian American Support for Lithuania 1918-2018 by prof. Juozas Skirius, based on archival documents, periodicals, memoirs and other sources, sheds light on the activities of Lithuanian-Americans from 1918 to 2018. The author distinguishes three main periods, during which Lithuanian immigrants in the US have provided financial, political, informational and cultural support to their compatriots in the homeland and Lithuanian state. They defended Lithuania’s independence and made efforts to liberate Lithuanian nation from multiple occupations. The book also discusses the activities of Lithuanian-American charity organizations and their attempts to provide financial support to Lithuania and its people. 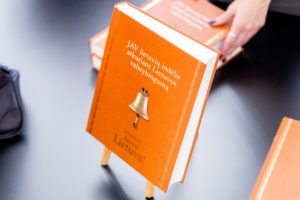