A Ph.D. Thesis about Lithuanian Electronic Media in the US

The doctoral thesis (in Lithuanian) can be accessed here. 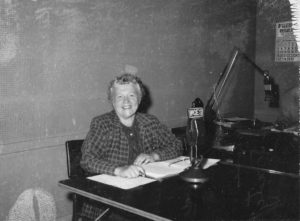 Sophie Barcus, the owner of the Sophie Barcus Radio Program in Chicago (1932–1987), in her studio.