In April, sad news arrived from Germany. On April 21, 2020, Dr. Vincas Bartusevičius, a long-time friend of the National Library of Lithuania, passed away. Dr. Bartusevičius, a representative of the DP generation, moved to Germany with his parents in 1944 and stayed there for the rest of his life. In 1959, he graduated from the Vasario 16-oji Gymnasium. He studied sociology, history and psychology at the University of Munich and University of Tübingen.

From 1981 until his death, Dr. Bartusevičius headed the Lithuanian Culture Institute in Germany (https://vlbe.org/kitos-organizacijos/lietuviu-kulturos-institutas-lki/). Through his efforts, more than thirty annual conferences were organized. He was also in charge of Institute’s publications: “Suvažiavimo darbai” [Congress Procedures] and “LKI leidiniai” [Institute’s Publications].

Dr. Bartusevičius’s field of research included Lithuanian diaspora, the Lithuanian community in Germany, and the development of Lithuania in the late 20th century. He is the author of five books and many articles.

For more than three decades, Dr. Bartusevičius had been a devoted friend of the National Library of Lithuania. Thanks to his and his colleagues from the Lithuanian Culture Institute efforts, one of the first shipments of diaspora literature reached our Library in 1990. In 2012, Dr. Bartusevičius’s monograph “Lithuanians in DP Camps in Germany 1945-1951” (Vilnius: Versus aureus) was presented at the Library. 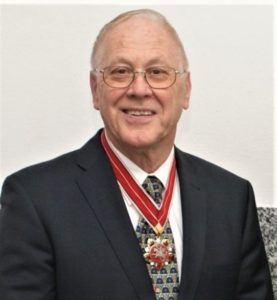