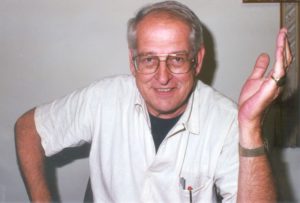 Jonas Antanas Račkauskas was born in Švėkšna, Lithuania. After WWII he ended up living in the US. After graduating from high school in Chicago, in 1960 he started his studies in DePaul University. In 1964, Račkauskas graduated from the university earning his BA degree in Pedagogy and Psychology, and in 1968, his MA in School Administration. In the same year, he also graduated from the Pedagogical Institute of Lithuanian Studies.

In 1977, Račkauskas received his Ph.D. in Education from the University of Ottawa (Canada). The dissertation “The Educational Reform in the 18 Century Poland and Lithuania” was published in Chicago. In 1963-1967, Račkauskas worked at DePaul University. Starting in 1968, he taught at the Chicago State University. In 1981, he became a professor and taught there for 32 years. In 1966-1986, Račkauskas served in the US Army. He received a few US Army Awards, the highest being the Meritorious Service Medal (1986).

Under his directorship, the Lithuanian Research and Studies Center did a lot to strengthen Lithuanian-American relations with Lithuania. He especially supported universities and libraries by inviting students and lecturers from Lithuania to do internship at the Center. Račkauskas organized the distribution of books published in diaspora to Lithuania, and etc. 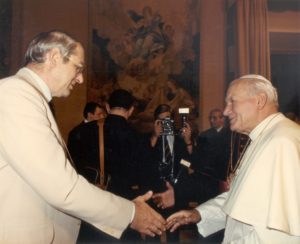 In 1996, for active involvement and merits to Lithuania the professor was awarded the Officer’s Cross of the Order of the Lithuanian Grand Duke Gediminas. He also received awards from Lithuanian universities. In 1995, he was became an honorary doctorate of Lithuanian University of Educational Studies, and in 2004, Šiauliai University.