The President of the Republic of Estonia, Kersti Kaljulaid, bestowed Anu Korb, Estonian Literary Museum senior researcher in Estonian folklore and long-time collector of Siberian Estonian heritage and compiler of the publication series “Eesti asundused I-VII” (Estonian Settlements I-VII), with the Order of the White Star Class V. Ahead of the Republic of Estonia’s Independence Day, 152 people whose dedication to their work and community have improved life in Estonia were bestowed honourable decorations.

Anu Korb graduated from the University of Tartu as an Estonian philologist in 1974 and has worked as a researcher at the Estonian Literary Museum in the Estonian Folklore Archives since 1975. From 1991-1998 as the archives director and starting in 2007 focusing more on research as a senior researcher. Anu Korb is a member of the Academic Folklore Society and the Eastern Estonians’ Cultural Society. During the years 2004-2010, she was the president of the latter. 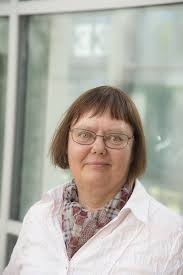 Anu Korb’s first contact with Siberian Estonians took place in August 1991 in Verkhnii Suetuk village (Ülem-Suetuk in Estonian) in Krasnoyarsk Krai. Since then, Anu Korb has organized regular heritage collection trips to Siberian Estonian settlements, including to a number of villages of Siberian Estonians who had emigrated out of Southern Estonian: Zolotaya Niva, Semjonovka, Lilliküla, Estonka in the region of Omsk, Jurievka, Koidula in the region of Kemerovo, and many others. She has gone to almost all the remaining Estonian communities (there are about 40) and gathered diverse oral heritage and historical village material. In fall 2003, Anu Korb started gathering heritage from Estonians born in Russia (primarily Siberia) who had returned to Estonia (including in Põlva and Võru counties). The heritage that has been recorded, written, filmed and photographed is archived at the Estonian Folklore Archives and is accessible to all researchers and those interested. The heritage that has been gathered from both Siberian Estonians in Siberia and those who have returned to Estonia has also been published in the popular 7-part series “Eesti asundused” (Estonian Settlements).

In 2003, Anu Korb initiated a series of family days “Venemaale veerenud” (Rolled to Russia), where the gathered material on Russian settlements is introduced to a wider group of interested people. Similarly, she has compiled photo exhibits, the largest of which is “Siberian Estonians” completed at the end of 2008 in collaboration with the Estonian Academy of Arts.

Anu Korb is a member of the Baltic Heritage Network and a long-time member of the BaltHerNet Estonian working group. Her work with preserving the heritage of Siberian Estonians has significantly expanded research on Estonians abroad by demonstrating that Estonians abroad are not only in the West but also in the East. We wish Anu hearty congratulations and good luck and inspiration for her future undertakings!