For Freedom. Lithuanian American Support for Lithuania’s Independence and Recognition 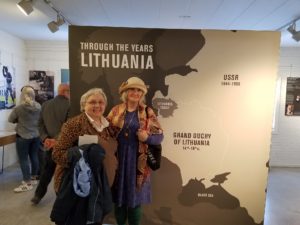 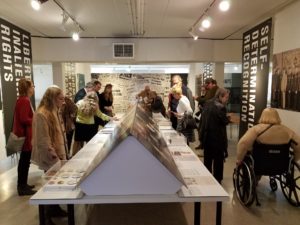 At the opening of the exhibition. 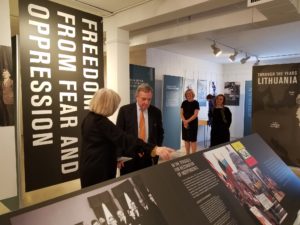 Dick Durbin, American Lithuanian and the US Senator, visited the exhibition.

Drawing on materials in the Balzekas Museum as well as public and private national and regional archives and collections, the exhibition centralizes the presence of historical documents to prove that this century-long struggle for freedom was powered by ideas and ideals expressed in words and actions. 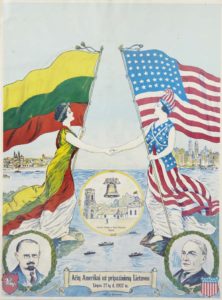 A poster image from 1922 expressing Lithuania’s gratitude for America’s recognition of Lithuania’s independence and statehood.