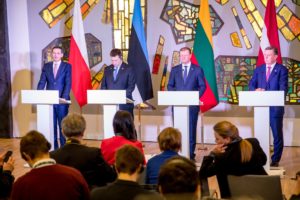 All three prime ministers of the Baltic States were present at the opening.

The 100th anniversary of the independence of all three Baltic States united the three national libraries of the countries for this joint project. During the opening, Andris Vilks, the director of the National Library of Latvia and the main instigator of the exhibition, shared his life story. It all started in 1968, when among a few old books, Vilks discovered “Latvian history for secondary schools” by Zalytis. One thing led to another. Later in his grandmother sister’s apartment, he found a pile of banned books. While in the house of his wife’s family, Vilkas discovered an entire collection of books labeled as special collection. “I believe that similar stories exist in Estonia and Lithuania. The paths of books in our countries were so similar, their features so recognizable, and the people who took part in it were so familiar,” the director on the National Library of Latvia noted. The exhibition is the evidence of it. 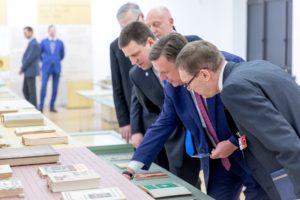 The opening of the travelling exhibition.

The travelling exhibition prepared by the Latvian, Estonian and Lithuanian national libraries offers visitors an unprecedented insight into the writing and publishing that took place between the two world wars with the opportunity to see the wide variety of publications printed between 1920-1930 in the three Baltic countries, including literature in the original and in translation, scientific publications, popular science, reference books, and children’s literature. Special attention is paid to personalities that had a significant impact on the publishing and book design in the Baltic countries. The exhibition highlights the novelty of this period and its importance for national publishing traditions. 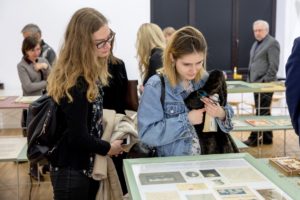 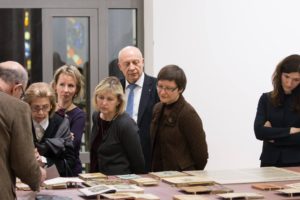 The exhibition in the National Library of Lithuania will be open until May 14. Afterwards it will travel to Estonia and Latvia. 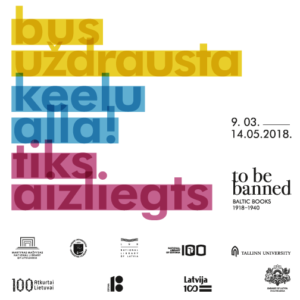